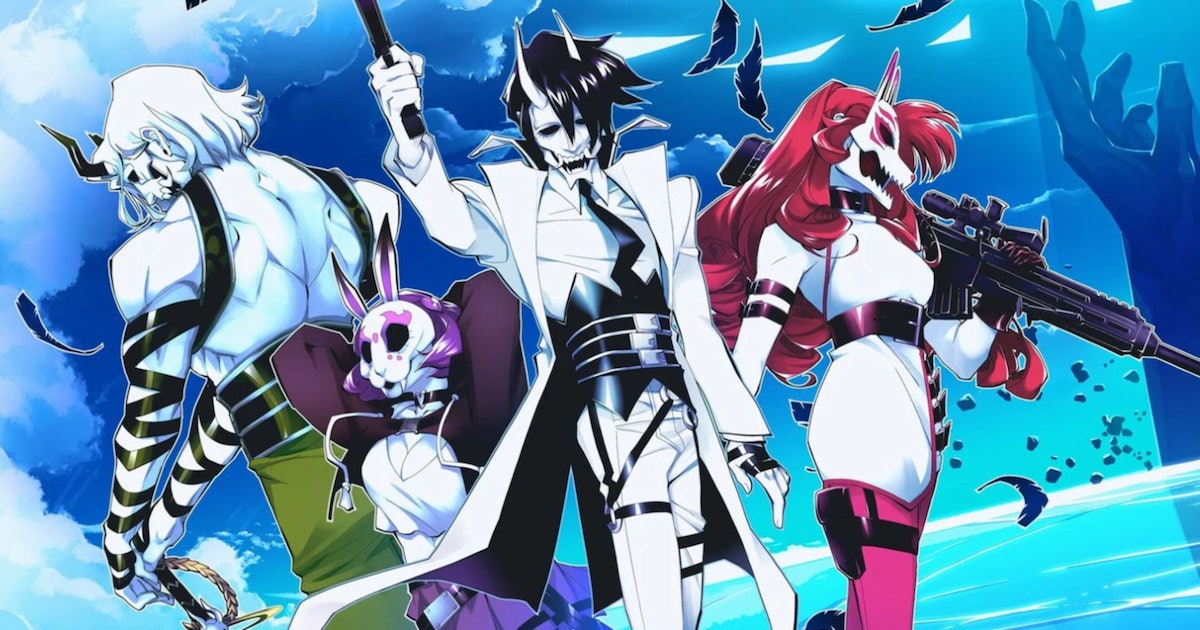 If a first-person speedrunning game with an anime-inspired art style and dating sim elements sounds right up your alley, have we got the game for you. Neon White was released on PC and Nintendo Switch on June 16, and it’s already garnered wide acclaim from fans and critics alike. It’s one of those rare cases where all of the hype is completely deserved, and if you haven’t already played Neon White yet, don’t you dare let it fall into your backlog.

Neon White’s trailer describes it as a game “for freaks by freaks,” and that’s pretty accurate. There’s a devilish kind of style to the entire experience, almost like that delinquent kid you thought was so “cool” in high school, but in a good way. You take on the role of Neon White, an assassin who’s recently departed this mortal coil, only to be pulled out of hell and into heaven. There he learns that “sinners” are given unique Neon powers, and forced to defeat demons in an attempt for redemption.

The utterly strange story plays out like a visual novel, and the game’s core cast of characters are some serious weirdos, like Neon Purple who thinks guts are “cute,” or the bumbling Neon Yellow who really just wants to be your bro. The characters are absolutely a highlight of Neon White, and there’s some light relationship-building and romance elements that let you give gifts to other characters to unlock dialogue, sidequests, and more.

Of course, the glue holding the entire game together is the core gameplay, a fascinating mixture of speedrunning, card games, and first-person shooters. Each section of Neon White is grouped into 10 levels, where the focus is to complete them as quickly as possible. You play from a first-person perspective, but the aim isn’t on tight shooting, but rather on doing things efficiently.

You have a basic jump and attack, but you’ll need to collect cards scattered throughout the levels in order to use weapons. (Each card also has a unique discard ability, like another jump.) Some missions you need to destroy all demons to unlock the goal, while others feel more like platforming challenges.

What quickly becomes apparent in Neon White is that all of its gameplay systems are essentially a giant puzzle. All of the various elements come together in a brilliant way, and each mission has you piecing together the fastest way to complete it, learning all the little tricks and corners you can cut. Everything plays out at a blazingly fast pace. Better still, the Nintendo Switch version also runs at 60fps, with nary a visual hitch.

In many ways, Neon White is reminiscent of the 2020 indie hit Hades — the perfect confluence of style, gameplay, and character. Like Hades, Neon White feels like a new take on familiar and tired genres, with disparate ideas that somehow work unbelievably well together. The game’s sense of style is absolutely off the charts, and the focus on quick hits of gameplay is brilliant, on top of really encouraging you to dig in and replay missions multiple times.

What’s really impressive about Neon White is the vast array of players it can appeal to. If you want a stylish story with strong characters that’s fine, and you don’t need to dig into the gameplay too much. However, if you want an intense and challenging speedrunning game that requires mastery, Neon White is perfect for that as well. Creating a game that feels so stylistically unique but also accessible is no easy feat, and there’s no doubt that Neon White is going to be in Game of the Year discussions.

Neon White is out now on Nintendo Switch and PC.