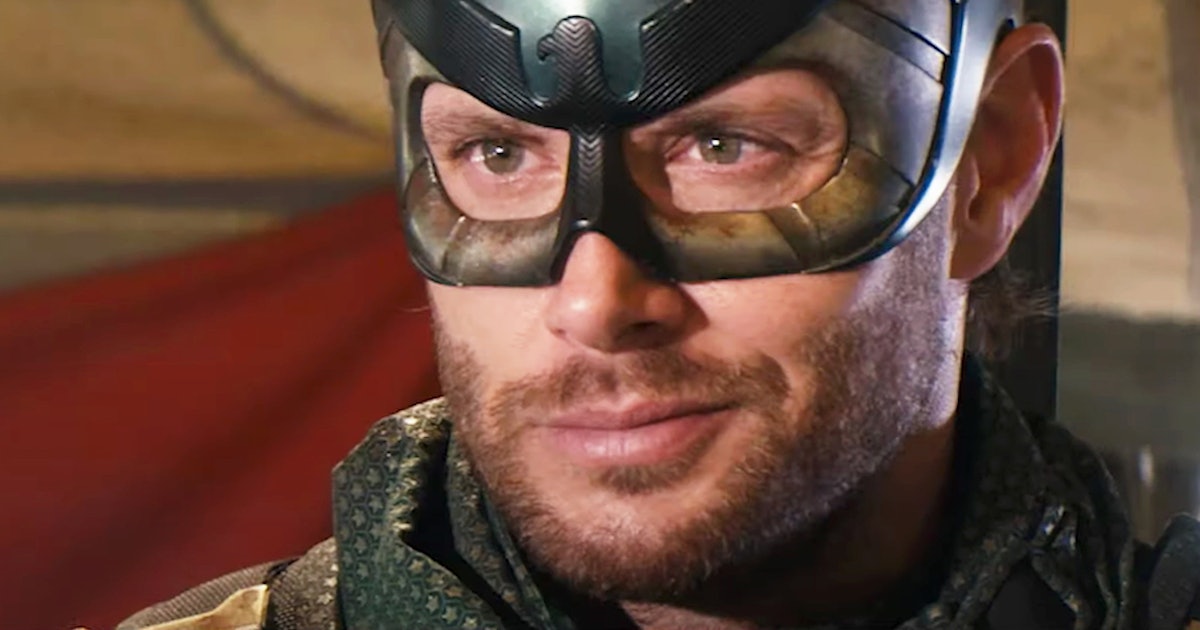 Gird your loins as the raunchy episode that readers of The Boys‘ comics have been anticipating is finally here. Yes, it’s time for Herogasm, the decadent Vought-sponsored island retreat for supes where any and every sick vice is fair game and orgiastic fantasies are given free rein.

Fans of Dynamite’s source material comics created by Garth Ennis and Darick Robertson know what depraved pleasures await when that sex-fueled superhero holiday known as Herogasm arrives. This unholy off-grid event is sure to sear some innocent eyeballs with carnal delights few mortals should ever bear witness to and series creator Eric Kripke is relishing every second.

Last week was a busy one in The Boys’ universe as the gang watched disturbing archival footage of Soldier Boy being torture-tested by the Russians, Kimiko slowly recovered and noticed that her frightening powers were gone, promotions were handed out to Ashley as Vought’s new CEO, and the Deep was introduced as the head of Crime Analytics (and he brought cupcakes!).

Also, Soldier Boy blew a hole in a mid-town building, Blue Hawk went off the rails while apologizing for targeting Black neighborhoods, psycho Homelander put Maeve in “detox,” Crimson Countess got roasted, and Butcher and Soldier Boy came to a mutually-beneficial arrangement.

Plus we were treated to a joyous musical dance number as Frenchie envisions Kimiko regaining her voice and the whole hospital staff joining in for a choreographed moment in the hallways.

Okay, let’s strip it all down and brace ourselves for The Boys Season 3 Episode 6 titled, “Herogasm,” and learn about what delirious X-rated debauchery is coming our way!

When is The Boys Season 3 Episode 6 release date?

What is the release time for The Boys Season 3 Episode 6?

How many episodes are left in The Boys Season 3?

The Boys Season 3 will run for a total of eight episodes. With a trio of chapters already landing for the big premiere on June 3, we’re now down to just two episodes after this week and rushing towards a July 8 finale.

What can we expect from the plot of The Boys Season 3 Episode 6?

Well, this is still American television so there are certain censorship issues involved for streaming platforms, but depending on how far showrunner Eric Kripke wants to take it, ‘Herogasm” might make history. Anyone who’s read the six-issue “Herogasm” arc from the Dynamite Entertainment comics is well aware of the ultra-sexy shenanigans that take place.

When The Boys crash that perverse party (moved to Vermont), some might go home less innocent than when they arrived. We’re also bound to learn more about the crew’s tentative team-up with Soldier Boy and the plan to take down the unraveling Homelander and chief head-popper Victoria Neuman. And don’t forget that Little Nina is still looking for some payback so expect her to pop up.

Who is in the cast of The Boys Season 3?

Is there a trailer for The Boys Season 3 Episode 6?

There is no official teaser for Episode 6, “Herogasm,” but you can watch Prime Video’s official Season 3 release trailer here:

Will there be a The Boys Season 4?

Amazon Prime Video delivered news on March 22 that there will indeed be a The Boys Season 4. Additionally, Karl Urban confirmed that he’ll be occupied filming next season through the end of 2022, guaranteeing the brutal bloke will be back for more hyper-violent mayhem.

‘Tower of Fantasy’ release window, pre-registration, and more details about the sci-fi RPG