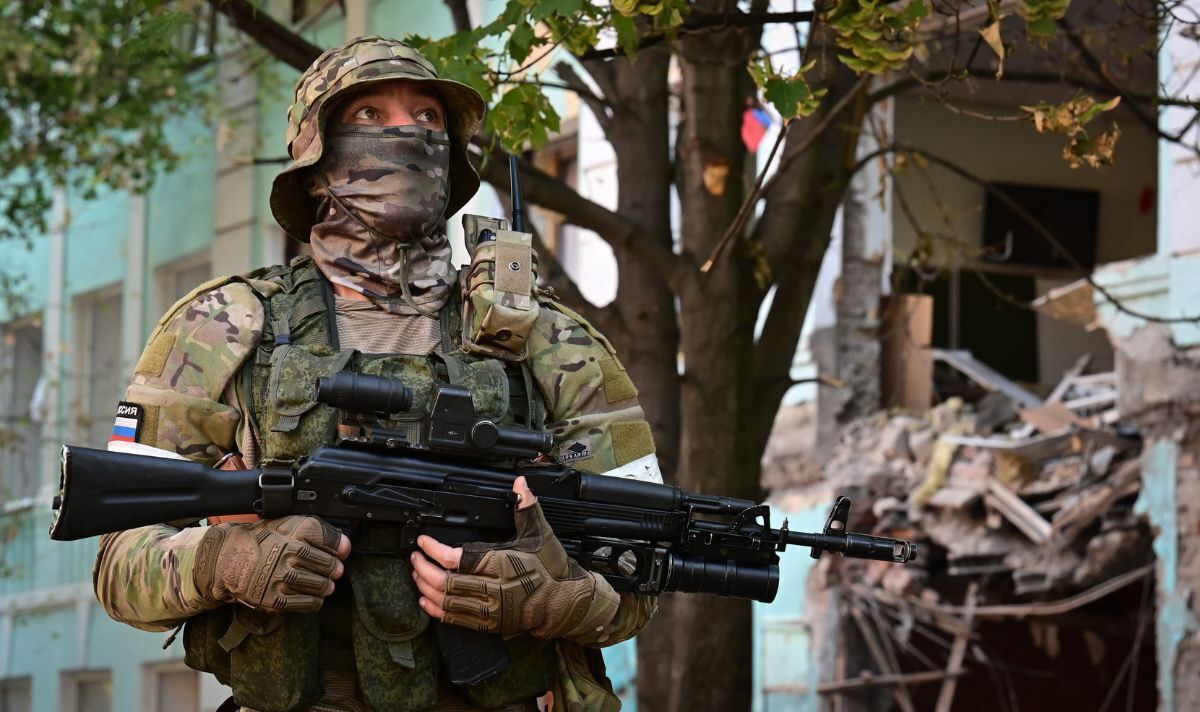 Russia’s annual spring draft is underway, aiming to conscript around 130,000 men between the ages of 18 and 27 by July 15. The country’s Defence Minister Sergei Shoigu promised that none of the new recruits would be sent to Ukraine. In March he said in a TV address: “Please note that conscripts will not be deployed to any hotspots.” The official also claimed that those who were drafted last year will be sent home after their one year of service.

A Government conscription notice also claimed that its recruitment drive is not related to Russia’s war in Ukraine, or as the Kremlin prefers to call it, the “special operation”.

In Russia, conscripts are not allowed to be sent into conflicts unless they complete a minimum of four months’ training.

However, there have already been two officially confirmed cases by Russia’s Defence Ministry where hundreds of rookie Russian soldiers have been sent to the warzone in Ukraine.

President Vladimir Putin signed a new law to allow people over 40 years old to sign up for the military.

Before the new law, the age limit was 18-40 years for Russian citizens and 18-30 for foreigners.

The Kremlin said its end to the age limit was part of a drive to recruit more technical soldiers to the Russian army.

Specialists who can use precision weapons usually “become such by the age of 40-45”, according to the new law.

Russia’s spring draft comes after thousands of its soldiers have been killed in the war in Ukraine.

Estimates of the true death toll vary, with Russia’s Defence Ministry, reporting only 1,351 casualties in its last update in March, which has not been updated.

Meanwhile, the UK estimates as many 15,000 Russian troops have been killed, while Ukraine puts the total at around 34,000.

Russia’s military losses were discussed by Michael Kofman, director of Russia studies at the CNA think tank earlier this month.

He considered whether Russia would be able to maintain its momentum given its losses after some gains on the battlefield in Ukraine’s eastern Donbas region.

He wrote: “The breakthrough by Russian forces may not have much momentum.

“It depends on Russia’s available manpower reserves, and ability to sustain the advance.

DON’T MISS:
Russia ‘can’t understand’ how Ukraine fighting back ‘so rapidly’ against ongoing attacks [LATEST]
Putin’s ‘sadistic power’ over Angela Merkel in horrific incident—‘Enjoyed frightening her’ [INSIGHT]
Nazi gold breakthrough as priceless WW2 loot ‘could have been smuggled out of Europe’ [ANALYSIS]

“Together, these efforts represent a form of shadow mobilisation.

“These are piecemeal efforts that allow the Russian military to sustain itself in the war, but do not address the fundamental deficit in manpower.”

Despite the Kremlin’s insistence that conscripts will not be deployed in Ukraine, thousands of military job adverts started being uploaded to Russian civilian job search sites after Russia invaded on February 24.

The adverts ranged from snipers to grenadiers, according to the BBC Russian service, which first reported on the listings.

One army recruitment advert posted in the Russian city of Rostov-on-Don near Ukraine’s border used inspiring language in a bid to attract new soldiers.

A narrator in the advert reads: “Test the limits of your abilities! No, screw the limits, are you ready to break yourself every day?