Not the retiring type: Hancock ‘can’t say no to being a Queenslander’ 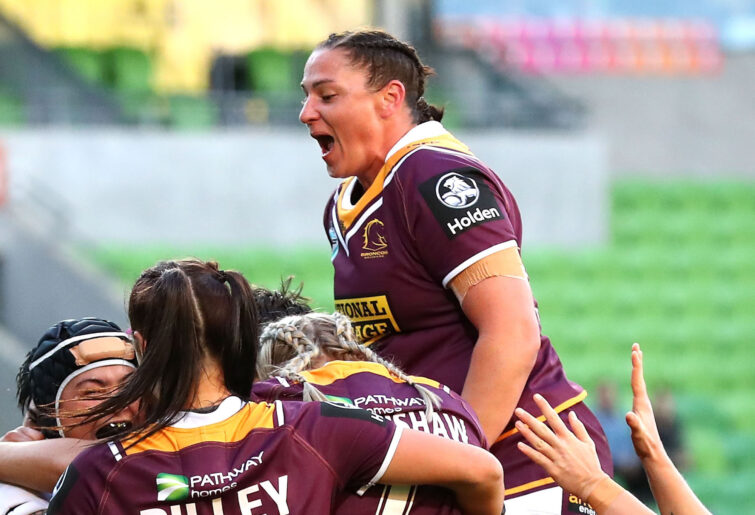 According to Maroons prop Stephanie Hancock, “there’s just something about being a Queenslander”.

Hancock will compete in her 17th State of Origin on Friday night, an incredible record, almost unrivalled in the women’s game. But after threatening to retire for many years, Hancock has even surprised herself to still be playing.

In 2020, immediately after the Maroons beat New South Wales in State of Origin by 24-18 on the Sunshine Coast, Hancock announced her retirement from state duties, thinking it would be her last time wearing the maroon jersey.

“Honestly, in my heart and my head I retired in 2020 after we won and I scored my meat pie, that was me done,” said Hancock.

“But when one of your best mates rings you up and asks if you would consider playing one more time, you can’t say no to being a Queenslander.

“There is just something about playing for your state that I couldn’t say no to, it’s like you turn into Superwoman out there.”

So once again, Hancock finds herself pulling on a Queensland jersey tonight alongside who she hopes will become the next leaders of rugby league in her state.

“The next generation are so skilful and quick, they have great footy heads,” said Hancock.

“There’s probably enough depth there that I can actually retire.

“I’m also that excited to see Evania Pelite play because she is going to be X factor and it’s going to be amazing.

“We formed a friendship at the Titans and I cannot wait to watch this woman play in a Queensland jersey.”

Because of the longevity of Hancock’s career she has had the opportunity to watch women’s rugby league and in particular the concept of State of Origin grow in quality and notoriety.

Prior to 2018, the fixture was not even known as State of Origin, instead being called the Interstate Challenge.

“It has become so much more professional over time,” said Hancock.

“We used to go away with a coach and a manager. Our staff numbers were two and now there are more staff than there are players.

“You have a physio, team doctor, nutritionist, strength and conditioning, media, you name it we have it.”

But more important has been the evolution of the conditions that these women compete in.

“Queensland Rugby League have really got behind the concept and now the players can play without worrying about not being paid and all the drama that we used to go on about,” said Hancock. 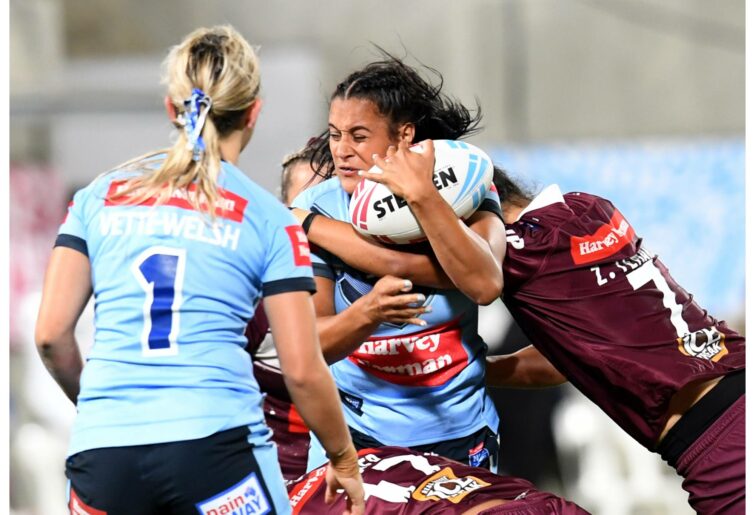 “When you come into camp now, all you need to concentrate on is your footy, whereas it used to be trying to get to and from work and trying to get time off work.

“It’s just a relief really and as a result, the game just keeps getting better and better.”

Now, these women are also playing in venues that reflect the quality of footy that they play. After outgrowing North Sydney Oval and playing on the Sunshine Coast, this year the fixture moves to Canberra for the first time.

“We’ve played at so many different venues over the years, now we get to play at GIO Stadium and even the bigger stadiums seem to get packed out more each year,” said Hancock.

“But for me, it’s the comment from some people that they enjoy watching women’s footy more than the men’s, which is just crazy.

“It makes me happy that the women’s game is getting bigger and bigger each year. That’s what he wave hoped for and I am so grateful to all those players that came before and did the hard yards. That’s why we are where we are.”

While Hancock pays tribute to trailblazers that came before here like Tahnee Norris, Katrina Fanning and Tarsha Gale, the evolution of the women’s game is part of her legacy too.

But she’s not done yet, especially when it comes to that Maroons jersey she holds so dear.

Given the number of tries Hancock scored this year in the NRLW, relative to her earlier seasons, she has promised something special tonight if she does cross the goal line.

“If I score a try, I’ll do the most ridiculous try celebration you will ever see,” said Hancock.

5 Reasons why England start as favorite

Kanye West’s Surprise Appearance For Diddy, Mariah Carey Showing Up For Latto And Brandy & Jack Harlow Making Up Had The BET Awards LIT!

Kanye West’s Surprise Appearance For Diddy, Mariah Carey Showing Up For Latto And Brandy & Jack Harlow Making Up Had The BET Awards LIT!