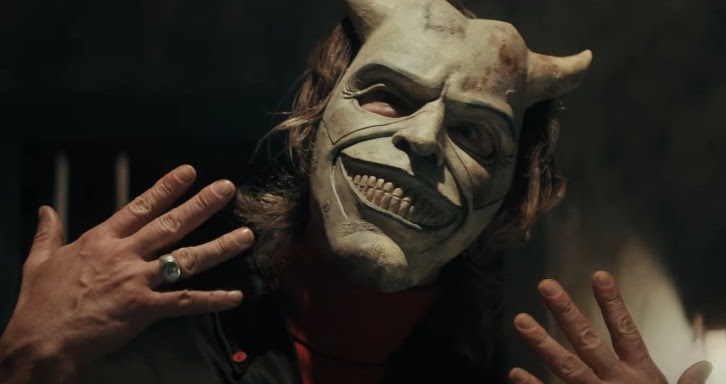 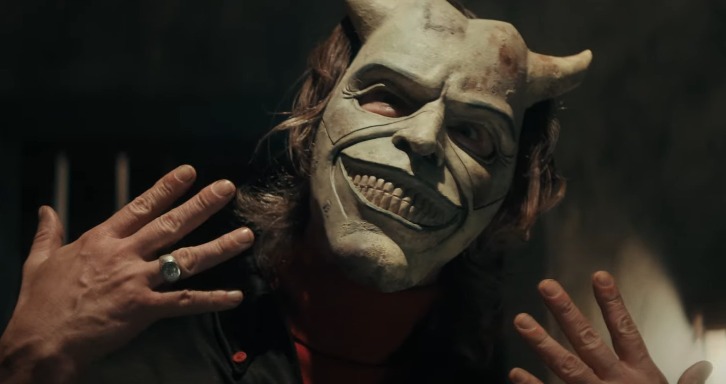 Scott Derickson has a an eye for mainstream horror in a way that crafts a love letter for what has come before it, borrowing heavily from the Joe Hill source material, and Hill, being the son of Stephen King, means there’s a lot of horror’s greatest writer in there – The Black Phone feels like a fusion of It and Stand By Me with perhaps unavoidable comparisons to Stranger Things, particularly with its usage of needle drops. There’s a heavy dosage of teen slashers in here too, with the characters a bit younger and the setting fixated squarely in the 1970s, Derrickson can’t resist dropping a Fox on the Run during a key scene where the movie lights up.

We’re introduced to Finney Shaw, a shy but clever 13 year old boy who comes from an abusive family. Finney has a close relationship with his sister, Gwen – who feels like a Lorraine Warren waiting to happen, like her mother, she has the ability to see supernatural visions of things that come true. Which comes in handy for her when her worst fears are realised: a serial killer known as the Grabber, kidnaps Finney – the latest in his long line of victims. Only something different starts to happen this time: a black phone, in the room where Finney is captured – talks back – and with it speak the voices of the Grabber’s past victims.

It’s a fascinating plot that doesn’t spend too much time with explaining the how or the why of the supernatural elements and instead just plows through them, using them as a means to an end. The schoolyard tropes of films like It are evident here with Finney being virtually interchangeable from any given member of the Losers Club, and he’s a likeable enough protagonist who benefits from being genre aware – played convincingly so by Mason Thomas, sneaking up after his abusive parent falls asleep to watch horror movies in the middle of the night and promise his friend that he’s going to one day see Texas Chainsaw Massacre. There’s also few cooler than Bruce Lee. The Black Phone, in this regard – feels distinctively aware of the genre that it operates in much like its main character, Derrickson is no stranger to horror, the rumours circulating his exit from Doctor Strange in The Multiverse of Madness – suggest that he wanted to go full horror, and there are shades of that in the first film. Here, he’s back in his wheelhouse – and The Black Phone keeps you in suspense consistently. 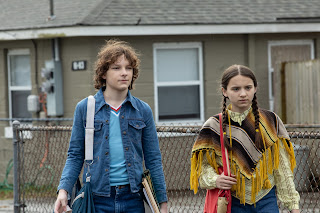 This is a film that’s hard to market so much of the plot will be spoiled in the trailers, no more so than what I’ve mentioned here – but a lot of the movie largely makes the most of taking place in a one-room enclosed location. To its credit, The Black Phone never goes too far into the supernatural that it feels absurd, and there’s never a point in the third act where you feel like the movie jumps the shark. It treads a fine line and manages to do so brilliantly. Ethan Hawke plays an unhinged but initially collective and menacing antagonist, and it’s fun to watch him in his element, having a blast as the antagonist. He feels like a distinctive threat, maximising the grounded depiction of trauma and abuse that feels even more harrowing and very real-world, with Derrickson smart enough to use impeccable sound design and audio cues to create tension in a scene expertly, aided by a well-developed score.

Unsettling from start to finish and tightly paced to never outstay its welcome, The Black Phone is just a good time to be had at the end of the day and isn’t that what you’re here for? It’s not too scary -although there’s maybe a couple of well-placed scares – but as a chiller it’s certainly up there with some of the more inventive of the year, thanks to its excellent cast that make it more than just the Ethan Hawke show.