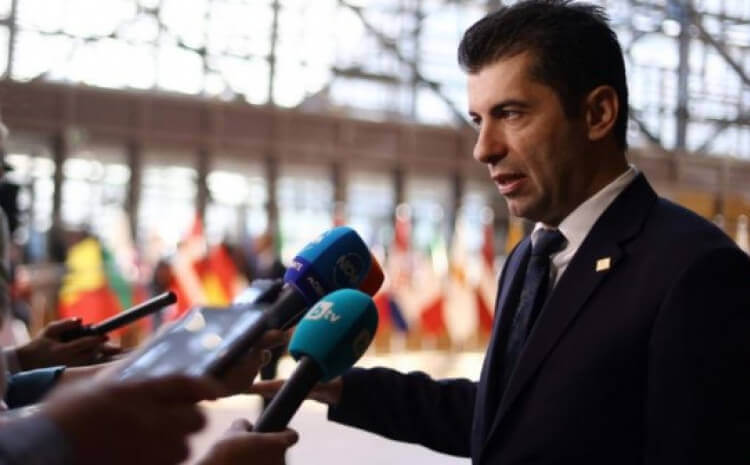 Bulgarian parliamentarians voted no confidence in the government of Prime Minister Kirill Petkov today, sparking a political crisis in the country during the war in Ukraine and rising inflation.

Opposition lawmakers overthrew the government, which took power six months ago, by 123 votes to 116, after the ruling coalition lost a majority over budget spending disputes and whether Bulgaria should lift a veto on Northern Macedonia’s EU accession talks.

Bulgaria now faces possibly its fourth general election since April 2021, putting at risk millions of euros from EU recovery funds and its plans to adopt the euro in 2024, reports REUTERS.

“A small step on a long journey”

Petkov, a 42-year-old Harvard graduate who has vowed to fight corruption, has taken a strong pro-EU and pro-NATO stance since Russia’s invasion of Ukraine, an unusual stance for a country with a traditionally friendly stance toward Moscow.

Analysts predict that the new government will mean a more neutral policy towards Russia.

–  This vote is just one small step on a very long way. What they do not understand is that this is not a way to win over the Bulgarian people – Petkov said after the government was recalled.

Bulgarians will probably run in the elections for the fourth time since April 2021, which calls into question millions of euros from European recovery funds.

The political crisis could hamper Bulgaria’s efforts, which are almost entirely dependent on Russian gas, to ensure a steady supply of natural gas after Moscow cut off supplies to the country due to Sofia’s refusal to pay in rubles.

Petkov has rejected any talks with opposition parties on forming a coalition, but will seek defectors from the parties to get a majority for the new government and avoid early elections.

President Rumen Radev is due to call early elections within two months and appoint an interim government if Petkov fails to gather a majority for a new government and if two other parties in parliament fail to form a government.