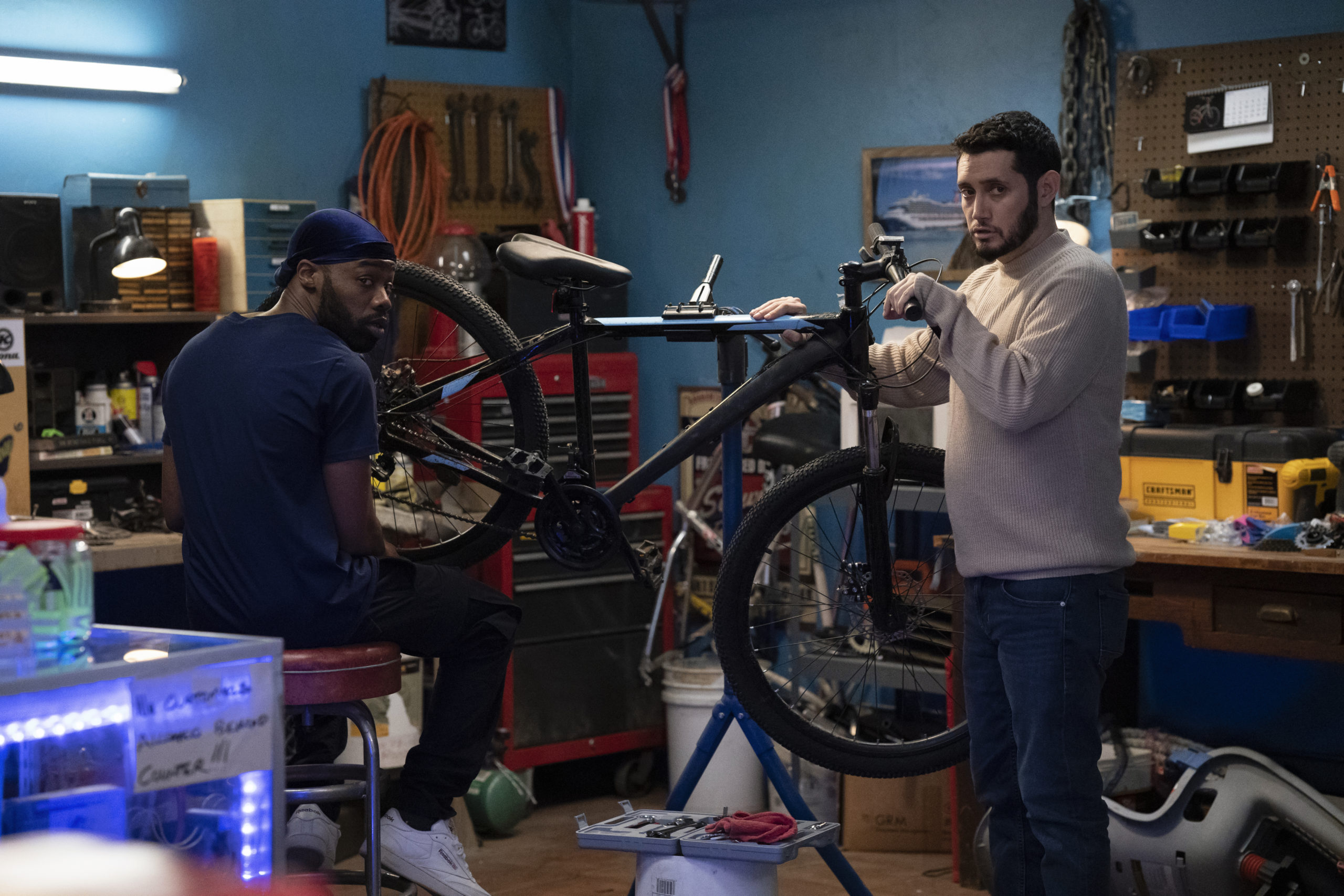 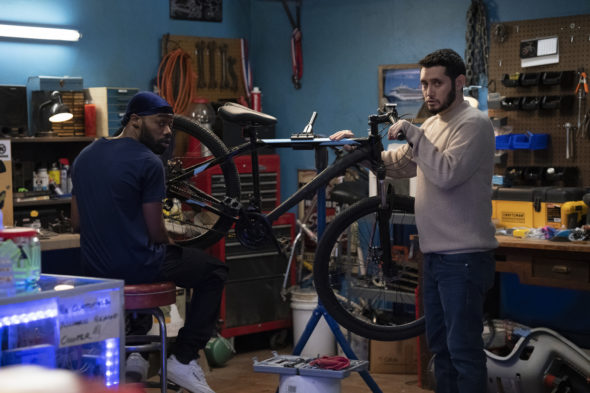 Can friends be too close? Has the Flatbush Misdemeanors TV show been cancelled or renewed for a third season on Showtime? The television vulture is watching all the latest cancellation and renewal news, so this page is the place to track the status of Flatbush Misdemeanors, season three. Bookmark it, or subscribe for the latest updates. Remember, the television vulture is watching your shows. Are you?

Airing on the Showtime cable channel, the Flatbush Misdemeanors TV show was created and written by its stars, Kevin Iso and Dan Perlman. Others in the cast include Hassan Johnson, Kareem Green, and Kristin Dodson. The show is a raw comedy about city life and follows Dan (Perlman) and Kevin (Iso) as they struggle to thrive in their new surroundings in Flatbush, Brooklyn in New York City. The story explores two long-time friends seeking to climb out of their heads and connect with others. In season two, Dan, Kevin, Zayna (Dodson), and Drew (Johnson) are back in Flatbush. Kevin tries to distance himself from Drew’s influence, yet Dan’s connection to Drew only grows stronger. Drew tries to correct his past mistakes, but they continue to haunt him. Drew’s niece Zayna ambitiously seeks to separate herself from her family’s troubled past. Meanwhile, Dan’s stepdad Kareem (Green) continues to sell bicycles. Episodes follow the characters’ unlikely and complicated relationships as they intersect through the worlds of art, drugs, and bike repair.

The second season of Flatbush Misdemeanors averages a 0.01 rating in the 18-49 demographic and 45,000 viewers in the live+same day ratings (includes all DVR playback through 3:00 AM). Compared to season one, that’s down by 50% in the demo and down by 35% in viewership. While these numbers don’t include further delayed or streaming viewing, they are a very good indicator of how a show is performing, especially when compared to others on the same channel. Though other economic factors are involved, the higher-rated shows usually get renewed and the lower-rated ones get cancelled. Find out how Flatbush Misdemeanors stacks up against other Showtime TV shows.

As of June 22, 2022, Flatbush Misdemeanors has not been cancelled or renewed for a third season. Stay tuned for further updates.

Will Showtime cancel or renew Flatbush Misdemeanors for season three? The show draws very low traditional ratings and Showtime doesn’t brag about the series having impressive delayed or streaming viewership so that would seem to indicate that it has a very small audience. That’s not a good sign. However, I suspect that it’s fairly inexpensive to produce for a scripted series so, I think it’s still got a chance of being renewed.  I’ll update this page with breaking developments. Subscribe for free alerts on Flatbush Misdemeanors cancellation or renewal news.

What do you think? Do you hope that the Flatbush Misdemeanors TV show will be renewed for a third season? How would you feel if Showtime cancelled this TV series, instead?