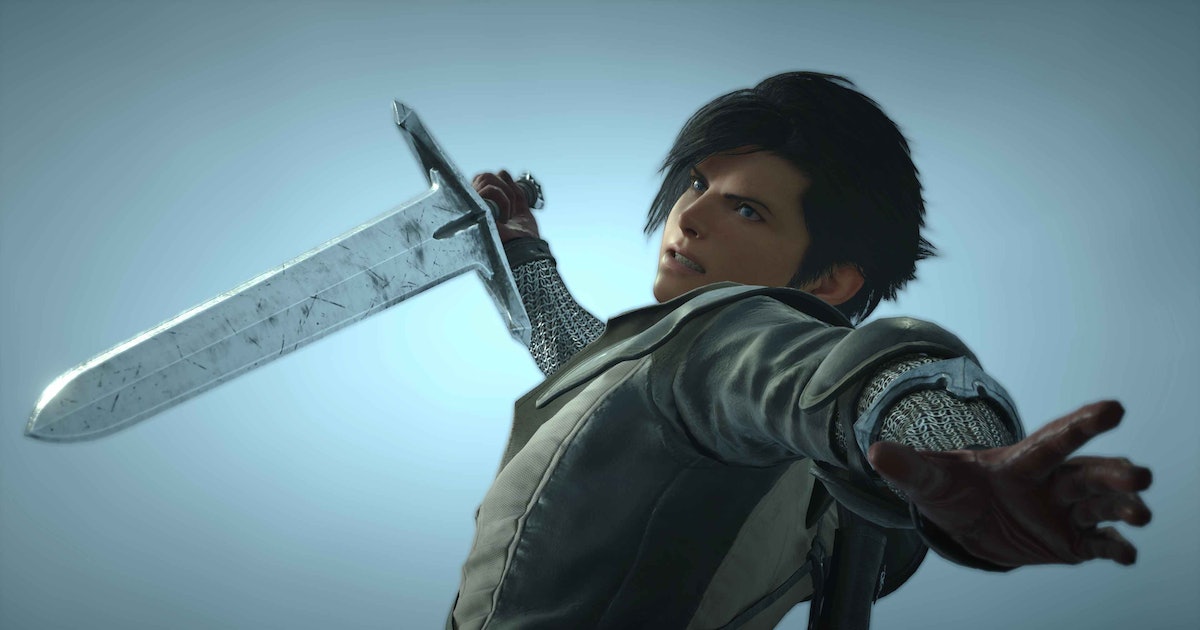 For many fans, Final Fantasy XVI looks like a much-anticipated return to form for a series that has lost its way. Long before the cramped futuristic hallways of XIII, the industrial cities of VII, or the steampunk world of VI, these games were pure high fantasy. That sort of magical medieval world was consistent from Final Fantasy I through V and inconsistent thereafter, but the sixteenth mainline entry marks a return to form. It’s also shaping up to be a more mature entry — there’s naked people! But I am worried that in pursuit of this decidedly more adult tone, the development team may lose sight of Final Fantasy’s heart in favor of oversized ambitions. This has long been a problem for the series, particularly with Final Fantasy XV.

While Producer Naoki Yoshida can do no wrong in the eyes of his many fans thanks to his work on the beloved Final Fantasy XIV: A Realm Reborn, this blanket trust may lead to another disappointing entry for Square Enix’s long-troubled franchise.

What’s a Final Fantasy? — In a 2014 interview with Weekly Famitsu, longtime series producer and director Yoshinori Kitase shared an anecdote concerning a conversation with series creator Hironobu Sakaguchi. This was during the development of Final Fantasy XIII. Keep in mind that Sakaguchi had no direct involvement with the Final Fantasy franchise since his departure from developer-publisher Square Enix in 2003. Kitase wanted to know what, in Sakaguchi’s opinion, made a Final Fantasy game a Final Fantasy game. Sakaguchi responded with a single sentence:

While blue text boxes aren’t what makes Final Fantasy, they are a good shorthand for the way longtime fans of the series view later entries. Blue text boxes were used from III through VII after which Final Fantasy VIII (which my editor wants me to inform you is ACTUALLY really good) made the boxes grey. [Editor’s Note: FF8 is an underrated gem!]

You could argue (and many have) that the series has lost its core, and every subsequent entry strays further and further from this. These same people see Final Fantasy XVI as a saving grace because Naoki Yoshida is behind the wheel. Yoshida is the man who saved Final Fantasy XIV. His involvement in a single-player mainline title has been heralded as a sign that Final Fantasy is going back to its roots.

Besides those blue text boxes that Sakaguchi joked about, what really does make a Final Fantasy game?

Final Fantasy XVI has been touted as having a “darker” and “more mature” theme than previous titles in the series, and if it really wants to capture what makes this series unique and so widely loved, then it needs to find a way to introduce one aspect that’s present in all of the best Final Fantasy titles: levity.

Comedy & Tragedy — The franchise has always been known for some of the most emotionally mature stories in games. Final Fantasy VII tackles environmentalism, PTSD, and self-worth, just to name a few. IX is a story about what it means to find your own identity, despite aspects of yourself you can’t change. The list of emotionally resonant themes goes on and on. But a crucial element in all these titles is the much-needed humor that balances out these mature stories.

Final Fantasy VII has so much humor at times that it feels like a slapstick routine, not to mention the wealth of mini-games ranging from intense to comedically bizarre. But this never takes away from the emotional impact of the story, instead balancing out an otherwise dour narrative. The moments of joy and silliness give the blocky character models a sense of humanity. What is more relatable than watching people community their desire for a life of happiness through not only their words but their heroic deeds as well? The deep tragedies of Final Fantasy VII rely on the juxtaposition with moments of these characters genuinely enjoying life and the absurdities it holds.

Without appreciating this psychological complexity, Final Fantasy XVI will just become another story about war and how bad and/or complicated it is. While potent, it’s been retread in virtually every video game subgenre many times over.

Yoshida, however, is worried about a certain type of player.

What the future holds — “When you’re thinking about the future of the Final Fantasy franchise, you have to aim at that generation of players that have never touched a Final Fantasy before,” he said in an interview with the Washington Post. Yoshida wants those who have never touched the franchise to feel “this could be an exciting game.” This desire is a driving force behind the game’s push for a mature story as well as a more action-focused gameplay loop.

The game’s trailers and interviews with Yoshida set the tone of the game to be one that relies on a specific style of dark fantasy that has become popular in the past decade. It looks like The Witcher, and plot details make it sound like Game of Thrones. It continues the recent franchise trend to meld a “traditional” Final Fantasy game with the mass market appeal Square Enix sees in Western media. But can they pull off what seems like a clash of cultural and economic ideals?

The franchise has made many mistakes in the past. But the series has been reinvented many times over, and, for all intents and purposes, remains incredibly popular. Final Fantasy XVI looks to change this by focusing on imitation and not innovation. Unless it can figure out a way to balance out the tone, then it’s going to lose sight of the franchise’s heart in the process.

Share
Facebook
Twitter
Pinterest
WhatsApp
Previous articleHorror pics of woman covered in blood after ‘boyfriend slashed her in subway attack before being arrested in his boxers’
Next articleLondon-based SumUp pins $8.5B valuation with $624M debt-equity round  – TechCrunch