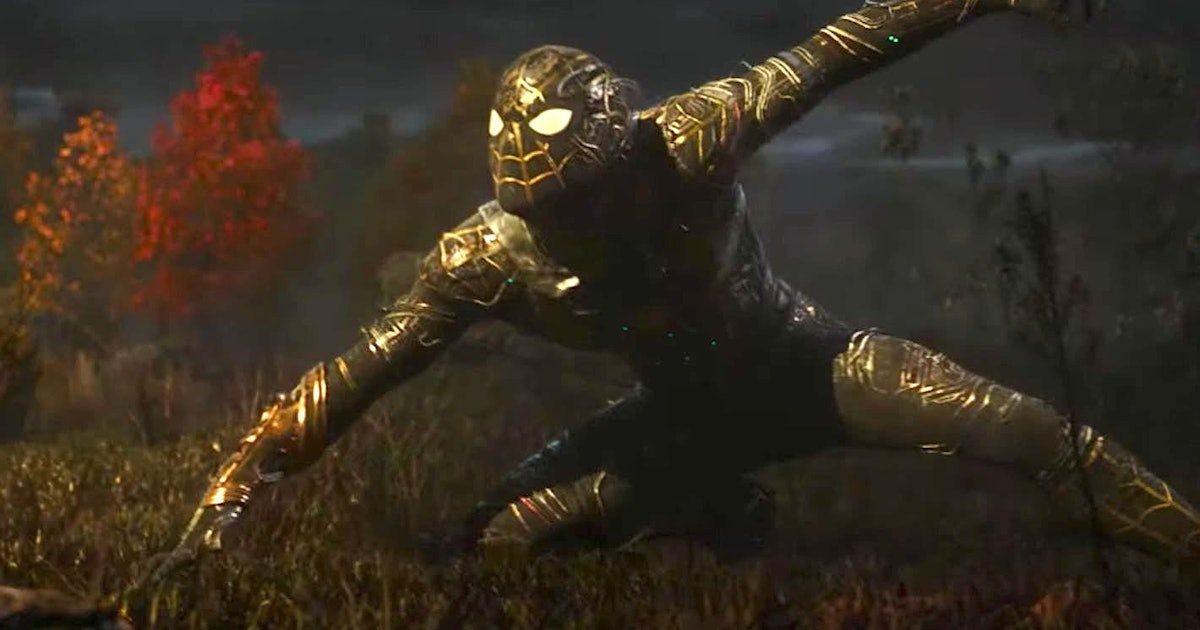 Something strange is afoot in the Marvel Cinematic Universe.

Amid the madness of Doctor Strange in the Multiverse of, well, Madness, Marvel quietly introduced a crucial concept to its cinematic universe: incursions. The destruction that results when two parallel universes collide might feel secondary to a bloodthirsty Scarlet Witch or zombie Benedict Cumberbatch, but that one word helps set up a future Marvel movie 38 years in the making.

If you read websites like this one regularly, you’re probably already aware of how Doctor Strange 2 is paving the way for Secret Wars, but the story of Marvel’s most important comic book crossover goes even deeper than you might think.

In 1984, the greatest heroes and villains of the Marvel Universe were brought together for a challenge unlike any they had ever known: selling toys.

Secret Wars invented the comic book crossover event series (until then relegated to team-ups and annual issues). All of your favorite crossovers to emerge from Marvel and DC over the last 38 years — Crisis on Infinite Earths, The Infinity Gauntlet, Zero Hour, Identity Crisis, House of M, Civil War, Secret Invasion, Blackest Night, Flashpoint, Dark Knights: Death Metal, and all the way to Marvel and DC’s current summer events, Judgment Day and Dark Crisis — followed in the wake of Secret Wars.

And of course, the event also directly served as the genesis for Jonathan Hickman and Esad Ribic’s Secret Wars (2015), which pulled characters from across the Marvel multiverse and established “incursions” in Marvel canon. It could be said that 1984’s Secret Wars is indirectly responsible for much of the course the Marvel Cinematic Universe has charted so far (and may be directly responsible for what’s coming next).

And yet, in 1984, a successful movie franchise was the furthest thing from anyone’s mind.

The secret war behind Secret Wars

In hindsight, it’s kind of funny. Marvel Comics’ first crossover event, which would come to redefine the industry and forever change the course of the Spider-Man mythos, was driven by a desire to sell action figures. The real war was between Mattel and rival toy company Kenner, which had found great success selling action figures of DC heroes. Kenner, which already had the license for Star Wars toys too, would rule the action figure market if Mattel didn’t make an ambitious move.

While DC created noncanon comics to promote Kenner’s action figures, Mattel and Marvel’s editor-in-chief at the time, Jim Shooter, were bolder. They came up with the idea for a 12-issue story set in the main comics continuity, which could take advantage of established relationships and history while setting up future stories. Originally titled Cosmic Champions, the name was changed to Secret Wars after Mattel did a focus group and found the words “secret” and “wars” appealed better to kids.

Shooter and artists Mike Zeck and Bob Layton were the driving force behind the series, coming up with new concepts like Battleworld and its god-like overseer. The Beyonder was a direct surrogate for kids, pitting his collection of heroes and villains against each other for his own entertainment. By buying the action figures, fans could play out their own Secret Wars. It was a rather brilliant move of meta-marketing.

Mattel also helped shaped the story of Secret Wars (and the future of the Marvel universe). The toymaker suggested futuristic costume redesigns for Iron Man and Doctor Doom (perhaps inspired by He-Man’s techno-fantasy style). To its credit, Mattel asked Marvel to create new female characters, including new Spider-Woman (the current Madame Web, Julia Carpenter) and the villains Volcana and Titania (the latter will make her MCU debut in She-Hulk: Attorney at Law played by Jameela Jamil).

As for Spider-Man’s black costume, Shooter pitched the idea as a temporary change so Mattel could sell two different Spider-Man figures. The suit would later turn out to be a symbiote, leading to Venom, Carnage, and a whole new corner of Marvel universe. Even Gorr the God Butcher (the main villain of Marvel Studios’ upcoming Thor: Love and Thunder) wouldn’t exist if Marvel and Mattel hadn’t teamed up to sell toys.

Beyond the central 12-issue event, Secret Wars also tied into a number of ongoing series. The Amazing Spider-Man, The Avengers, Captain America, The Incredible Hulk, Iron Man, The Thing, Fantastic Four, Marvel Team-Up, Thor, and The Uncanny X-Men all fed into this epic crossover.

Unsurprisingly, the list of characters summoned to Battleworld by the Beyonder is even longer (not all of them received corresponding action figures):

What Happens in Secret Wars?

The plot of Secret Wars is a lot, but here’s the short version:

The Beyonder, a godlike being we don’t actually see in full until Secret Wars II and who ends up looking like a disco dad, assembles Earth’s mightiest heroes and villains on Battleworld, a planet cobbled together from 100 different plants, including Earth. He promises that if they slay their enemies, he will make their greatest desire possible.

The fighting begins pretty quickly with little need for prologue given the shared history between all these characters. Galactus wants out of this bullsh*t as quickly as possible, so he drains Ultron of his power and joins Doom to confront the Beyonder. They both get absolutely wrecked. If you thought Doom would be humbled by the experience, well, you don’t know Doom.

The heroes depart to explore on their own and find a base of operations (the X-Men go off separately after noting how little the Avengers have done for mutantkind). The Human Torch discovers a young woman, Zsaji, a healer from a planet used to form Battleworld, and the two quickly fall in love. A new Spider-Woman is also introduced, with her hometown, a suburb of Denver, also being used to form Battleworld.

Doom rebuilds Ultron for his own aims, and then Kang attempts to assassinate him, not wanting to deal with another alpha. Undeterred, Doom strikes back and kills Kang via Ultron. He then creates Volcana and Titania and teams up with them to destroy the heroes’ base.

Spider-Man comes across a machine he believes is a costume fabricator and receives his black suit. We all know how that plays out.

Galactus returns with his ship and attempts to do what Galactus does: devour Battleworld. The heroes and villains fight him — before the villains also take the opportunity to turn on the heroes. Doom uses Klaw to create a machine to absorb Galactus’ powers and then steals the Beyonder’s powers, making him the most powerful being in the universe, albeit temporarily.

Doom heals his face with his newfound powers and… he’s beautiful, but it’s only skin-deep. After the heroes refuse to accept Doom as their ruler, he murders them all. But wait, Zsaji is a healer and she sacrifices herself to bring everyone back to life. How convenient.

The Beyonder takes his powers back from Doom and teleports him away. He then transforms Battleworld into a place of wish fulfillment — but only if everyone stays there forever. Mr. Fantastic builds a portal for everyone to return home, which is all of their greatest desire. Except for the Thing, who stays behind after regaining his human form. Mr. Fantastic doesn’t think the transformation will last but doesn’t tell his old friend.

And with that, Secret Wars ends, heroes and villains return home, Reed Richards further proves he’s kind of a dick, and Denver is still missing a whole suburb.

Secret Wars wasn’t a critical darling upon release, but it’s been re-evaluated in the decades since as one of comics’ greatest events. Not only did it set up multiple important plot threads for years to come, but it proved that watching your favorite characters (or action figures) collide is always a blast, whether in your hands or someone else’s.

Gmail now works without an internet connection, albeit with limited functionalities. Here’s how- Technology News, Firstpost

Gmail now works without an internet connection, albeit with limited functionalities. Here’s how- Technology News, Firstpost